Posted on August 30, 2017 by auldacquaintance

Ok..What is going on? Only 15 days after this article where Kezia says she is ready to be the next First Minister, and only 2 days since Jeremys disasterous Scottish trip where he stumbled time and time again, showing almost zero knowledge of Scotland…Kezia suddenly out of the blue resigns! 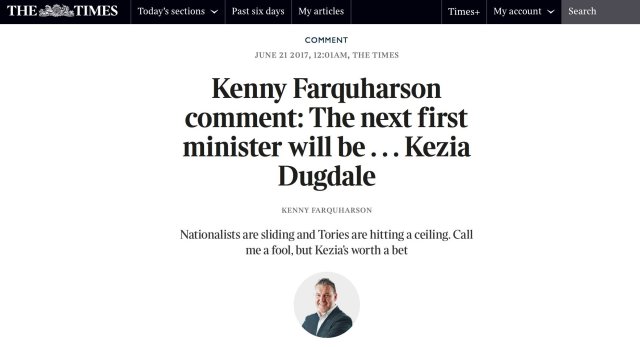 And Yet tonight we had this from the BBC

Call me cynical but I wonder if it could all be to distract from this news on Labours PFI projects which have just come to light..

Critics slam the toxic credit scheme introduced by Labour Party that has left health boards with a crippling bill of£7.8bn.

Some  huge questions to be asked on this issue now…and Kezia would have had to answer them.

Or maybe Old Jeremy managed to get her pushed? 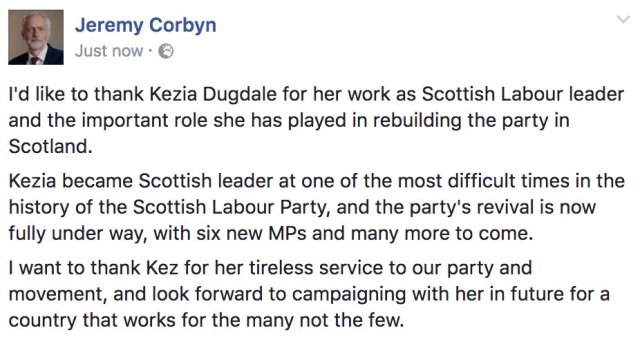 I guess we might not find out the real story any time soon.
But in the meantime…. Labours Scottish Branch is now looking for its 7th leader (including stand ins) since 2014
Now that really is quite some record for that poisoned chalice.

Who next? Who Knows? For How long? Anybodies Guess.

I am not a member of any political party. I am however a strong supporter of Scots Independence. Any views which I express in this Blog are purely my own. This Blog intends to be a place where I will be putting my views on Scots Independence. It will primarily concern itself with the upcoming Referendum In Scotland. However It will also be somewhat diverse in the range of day to day issues which are evident to me in modern day Scotland. Not all of it will be political, and indeed may take me off into avenues I am not even aware of yet. Please come and join in on this journey, and any comments are welcome provided they are not abusive! All the best from a new acquaintance! Rod
View all posts by auldacquaintance →
This entry was posted in Uncategorized. Bookmark the permalink.